Julie and I were rock climbing at Fleming Beach — Victoria’s best urban outdoor climbing spot, tucked away near Macaulay Point in Esquimalt — on a summer evening a couple of years ago. We hadn’t brought enough food with us, and so naturally started talking about tacos. “We should go to ALL of them!” we said to each other. And so the taco tour was born.

Four taco stands. Four tacos. One day. All by bike.

Entering its third year, the Annual Victoria Taco Tour is a pretty informal affair. A bunch of taco enthusiasts meet in a community space (last year it was The Atrium; the first year it was Fernwood Square) to start the day and then ride our bikes to taco trucks, stands and restaurants around the city.

There aren’t any tickets or registration. Just a Facebook event, a hashtag (#yyjtacotour) and some courtesy calls to the businesses letting them know it’s going to get pretty busy in an hour or so.

We start early in the day and stretch out the taco-eating over several hours. By the end of the day we’ve diminished in numbers, but those who stick it out sample four to five different taco places. In our first year, the last taco truck we visited (which shall remained unnamed) was a fairly big let down. Not wanting to end on a low note, the final eight committed tacophiles huddled and took a vote on the best tacos of the day. Taco Justice League won easily, and we finished our tour with a second visit to Taco Justice and a mass order of their Green Bastard (deep fried avocado) tacos.

What’s so wonderful about the taco tour is the temporary little community we create without turning it into a hyper-organized affair. A bunch of folks, including several small children, who love good food and biking get together and convoy around for an afternoon eating and laughing. It’s that simple.

Last year, the tour’s last stop was at La Taquisa on Blanshard. My friend Fenn ordered a random sampler tray of tacos (you can get eight tacos for $15; she used the bulk savings to order guac), and everyone went to hangout in the courtyard behind the restaurant. Bridget got a couple of avocado pits from the restaurant and started a game of wall ball with the kids. Everyone sat in the sunshine playing, talking and eating. It was lovely. 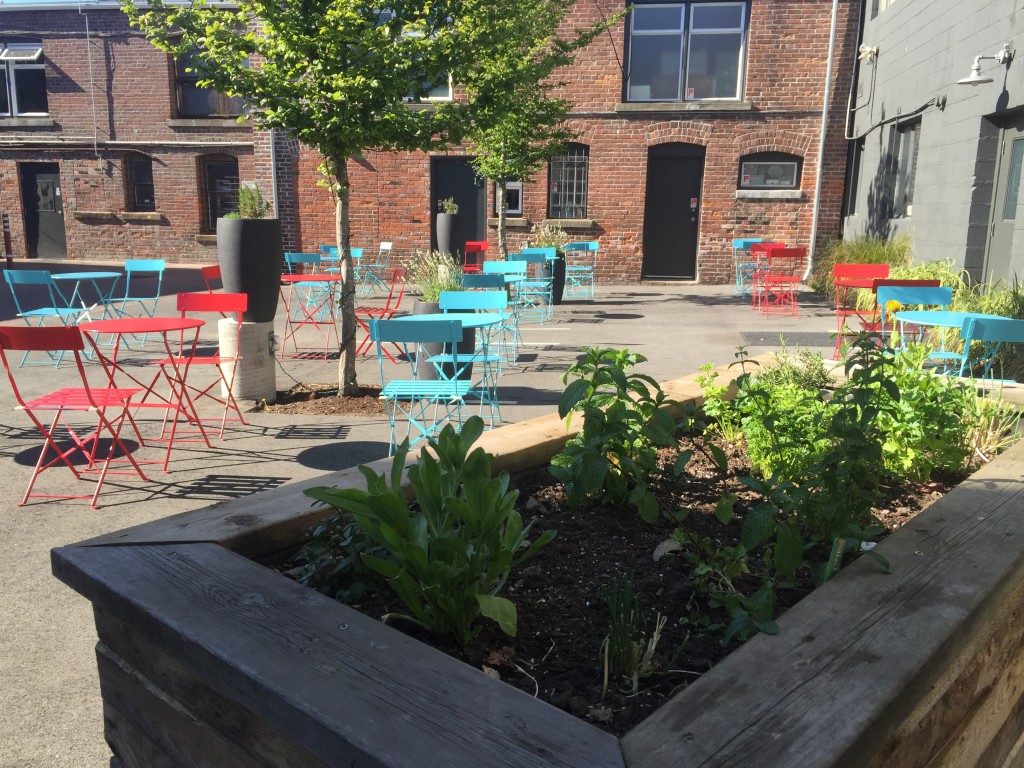 The courtyard behind La Taquisa, Be Love and Fish Hook is a lovely hidden oasis.

If you want to participate in this year’s Annual Taco Tour, we’ll be in the middle of the Selkirk Trestle at high noon on Saturday Oct. 3rd to start our adventures. This year’s tour is looking like it might be much bigger than past years’ (there are about 200 people RSVP’d so far), so we might break into a few small groups. Small children are welcome.

One thought on “Only in Victoria: The Bicycle-Powered Taco Tour”