Don’t be fooled by all of those postcards featuring dainty tea sets and saluting pinkies; Victoria was once a hard-drinking, hardscrabble frontier town, where street brawls and opium dens set the tone. If you’re unconvinced, consider at one time there was a rifle range at Clover Point and a bear pit in Beacon Hill Park. Think we’re gutsy now? Try hitting the time machine.

One of the best ways to get a taste of Christmas hijinks past is in the company of John Adams. If Adams is a familiar name in these parts, his small-c celebrity is well earned. Since 1971, the local historian, writer and educator has offered historic tours of Victoria — most famously his Ghostly Walks. Adams has a knack for transforming brittle history into gripping yarns.

This year, he and his Discover the Past team are offering two thematic downtown tours to highlight the sights and sounds of a throwback Christmas.

Christmas in Old Victoria takes you inside a Bastion Square heritage building and through the streets, alleys and squares of Old Town to explore the stories of Christmas in 19th– and early 20th-century Victoria. 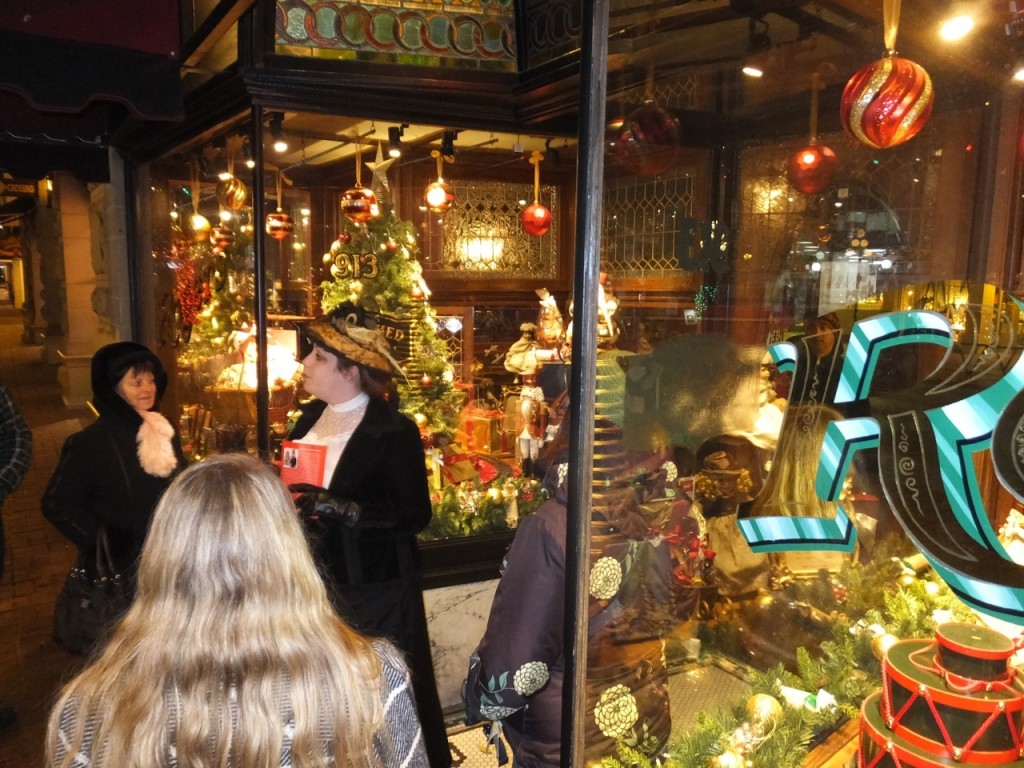 If you’re seeking something more ghoulishly festive, check out the Ghosts of Christmas Past — a walking tour full of hair-raising stories, including an 1890 Christmas Eve murder. Boo!

> Adults $15 | Reservations are not required.

If you’re left wanting more when the tour ends, Adams has lovingly chronicled Victoria’s winter solstice traditions (riotous and not) from the Lekwammen people, to the first days of Fort Victoria and the rough and tumble world of the Fraser River Gold Rush.

His book Christmas in Old Victoria (2003) is full of hilarious vignettes profiling the characters of early Victoria and their yuletide celebrations. It’s the perfect companion to a cozy blanket and mug of tea (or tipple). I found my copy in a local secondhand bookstore and polished it off in an afternoon.

Adams sifted newspaper snippets and diaries for glimpses of festivities in the first days of the crown colony — and details their sometimes naughty nature.

A journal entry from New Year’s Day 1854 describes Victoria’s penchant for holiday boozing and the implications for a colony in the making:

“The grog-shops were drained of every sort of liquor, not a drop to be got for either love or money… It would almost take a line of packet ships, running regular between here and San Francisco to supply this Island with grog, so great a thirst prevails amongst its inhabitants.”

An 1861 article in the Colonist continues the bad behaviour theme:

“Christmas Day passed off quietly, considering the amount of bad whisky that must have been gulped down by the devotees of Bacchus… Several very interesting bouts of fisticuffs came off in the vicinity of Yates and Government Streets — but no great harm was done, except to eyes and noses.”

With stories like these at his fingertips, Adams might just be the best kind of holiday party guest.